Instead of the normal FRC game and season, teams were given three challenges to complete. KnightKrawler competed in two of them: Game Design and Infinite Recharge At Home. The first one is the Game Design Challenge. This challenge is to design and create our own FIRST FRC game, with an additional challenge to include a chain in the game's design. KnightKrawler designed the game Maritime Mayhem! during the two months we had between kickoff and submission. 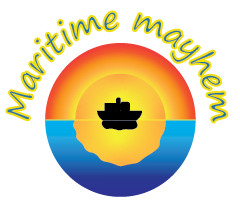 The factory on the shore is dumping plastic bottles into the ocean, harming the wildlife! In Maritime Mayhem, diving robots are deployed to rescue animals, gather plastic bottles, and power their ship so they can set sail to the next cleanup location!

Robots start against the alliance wall and can be preloaded with up to one Animal, either a Turtle or a Duck. The game starts off with a 15 second autonomous period. Robots earn points by passing the Auto Line, pressing Wind Turbine buttons, and rescuing Turtles and Ducks by placing them into the Animal Sanctuary.

During the 2:15 teleoperated portion of the game, Robots collect plastic dispensed from the Factory and rescue Animals. Bottles and Jugs are reintroduced to the field via Human Players through the Factory. They are put onto the field as more Bottles and Jugs are scored. Animals are not reintroduced to the field. Turtles and Ducks start near the factory and become covered over time with the plastic dispensed from the factory. Bottles and Jugs are scored into goals located on each alliance’s Ship. There is a low goal in the Cargo Bay located on the Ship’s deck. Two high goals are located on the Ship’s wall. Teams can also recycle plastic bottles into the Factory’s recycling slots. The alliances race to be the first to recycle ten Bottles into the Factory. Turtles and Ducks need to be rescued from the polluted site around the factory and placed into the Animal Sanctuary in their respective habitats. Ducks are placed into the water and Turtles are placed on land. They can also be scored in the Animal Sactuary’s lake section. The Wind Turbines in the two halves of the field are used to power the alliance’s Ship to replace energy produced by the factory. There are two Wind Turbine phases, and bonuses are earned for their completion.

During the 30 second Endgame, robots climb aboard their ship to set sail to the next location. They can park on the Ship Deck, climb the Cargo Net, or scale one of the Ropes to earn points. The alliance that earns the most points wins the match!

Robots can drive up the ramps on either side of the Ship to reach the Ship Deck and score Bottles and Jugs into two three foot high goals on the back of the Ship. Another goal, called the Cargo Bay, is on the floor at the front of the Deck. At the end of the match, Robots can climb the Ship Ropes that drop down from the Ship wall or Cargo Nets to the right and left sides of the Ship. 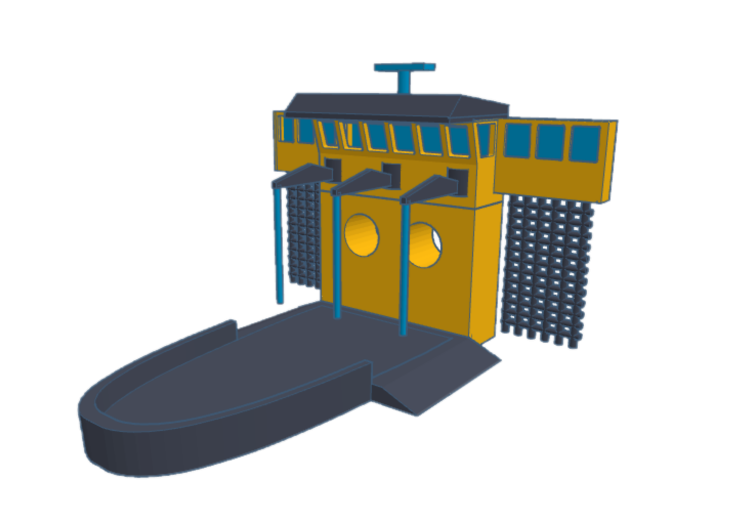 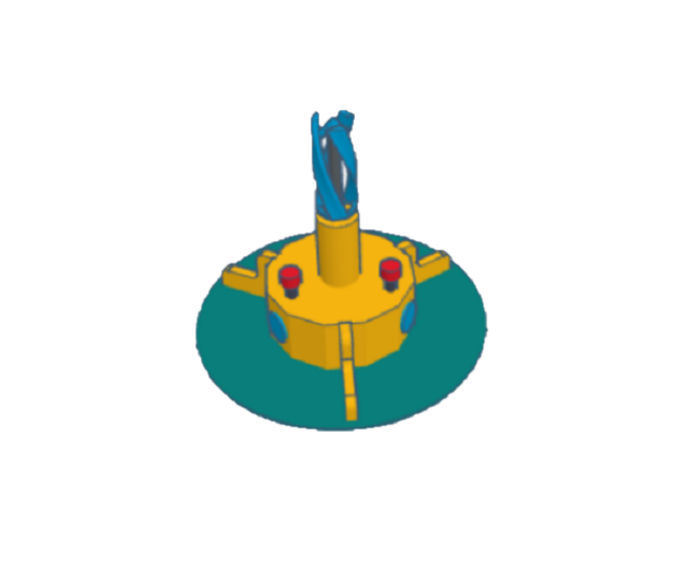 Wind Turbines are in the middle of each alliance’s half of the field. The Turbine’s cylindrical base contains three buttons separated by walls. Once each button has been pressed, the Turbine activates, completing Phase 1, and starts spinning. Phase two can only be done once both alliances have completed Phase 1. Phase 2 is completed when robots press two buttons on their Turbine simultaneously, causing the Turbine to spin faster.

The Animal Sanctuary is in the middle of the field against the audience sidewall. It’s a three-tiered semi-circle where robots can place Turtles and Ducks. The bottom level represents an Ocean, the middle represents Land, and the upper represents a Lake. Alliances earn more points when placing an animal on its correct habitat; the Turtles’ natural habitat is the Ocean, and the Ducks’ natural habitat is the Land. Placing either animal into the Lake earns the maximum number of points. 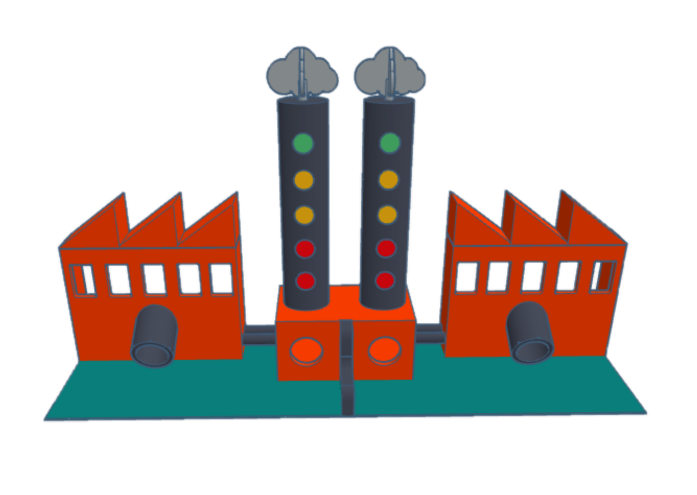 The Factory is against the wall opposite the Animal Sanctuary. It has two chutes for human players to reintroduce Bottles and Jugs onto the field and two slots for robots to recycle Bottles. The first team to recycle ten Bottles, signaled by Factory lights turning on, earns 20 points. This also causes the Factory to stop producing smog (a fan stops blowing grey streamers into the air).

One of the extra challenges of the Game Design was teams were encouraged to implement a chain into their design. KnightKrawler created a net with our chain and it is hung on either side of each alliance's ship.

The second challenge we submitted for was the At Home Challenge. This is a set of five mini-challenges that are based around last year's game, Infinite Recharge. We used a modified version of our 2020 robot, Scorpion. Find out more about the new Scorpion on the history page. Of the five, only three would count towards our total score. Here are the three videos we submitted after three months of building, coding, and practicing.

The Galactic Search challenge was entirely autonomous, meaning the robot moved via code, not human control. There were two starting positions of the balls. The team flipped a coin to decide which path would be used in the submission.

The Power Port challenge had teams shoot as many power cells (balls) as they could into the goal within one minute. The robot could only shoot three power cells at a time before they had to move into a reintroduction zone to recollect the balls.

The Hyperdrive challenge was completed by a human driver. They completed two laps around a course of cones as fast as possible.