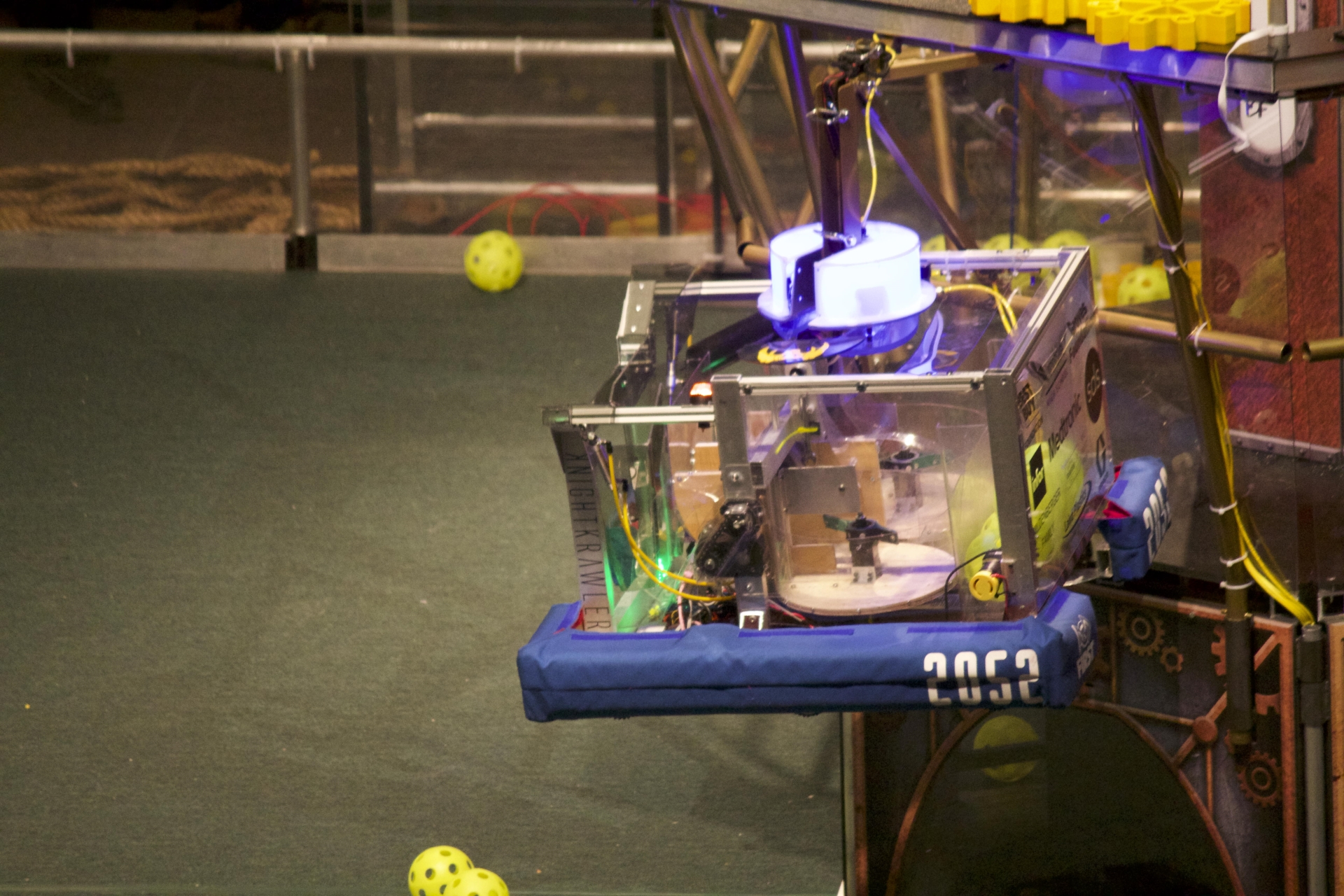 
This game starts off with a 15 second autonomous period where robots are controlled autonomously. In the remaining 2:15, drivers take control of the robots. Robots control Fuel, (wiffle balls), and/or Gears, (11 inch round gears). They score Fuel in either a low or high goal in their team’s Boiler. Gears are put onto a peg of the Airship in the center of the field. Human Players (Pilots) inside the Airship lift up Gears and place them to turn four Rotors. Each Rotor requires an increasing amount of gears to be engaged. In Endgame, robots score points by climbing on ropes attached to the Airship.