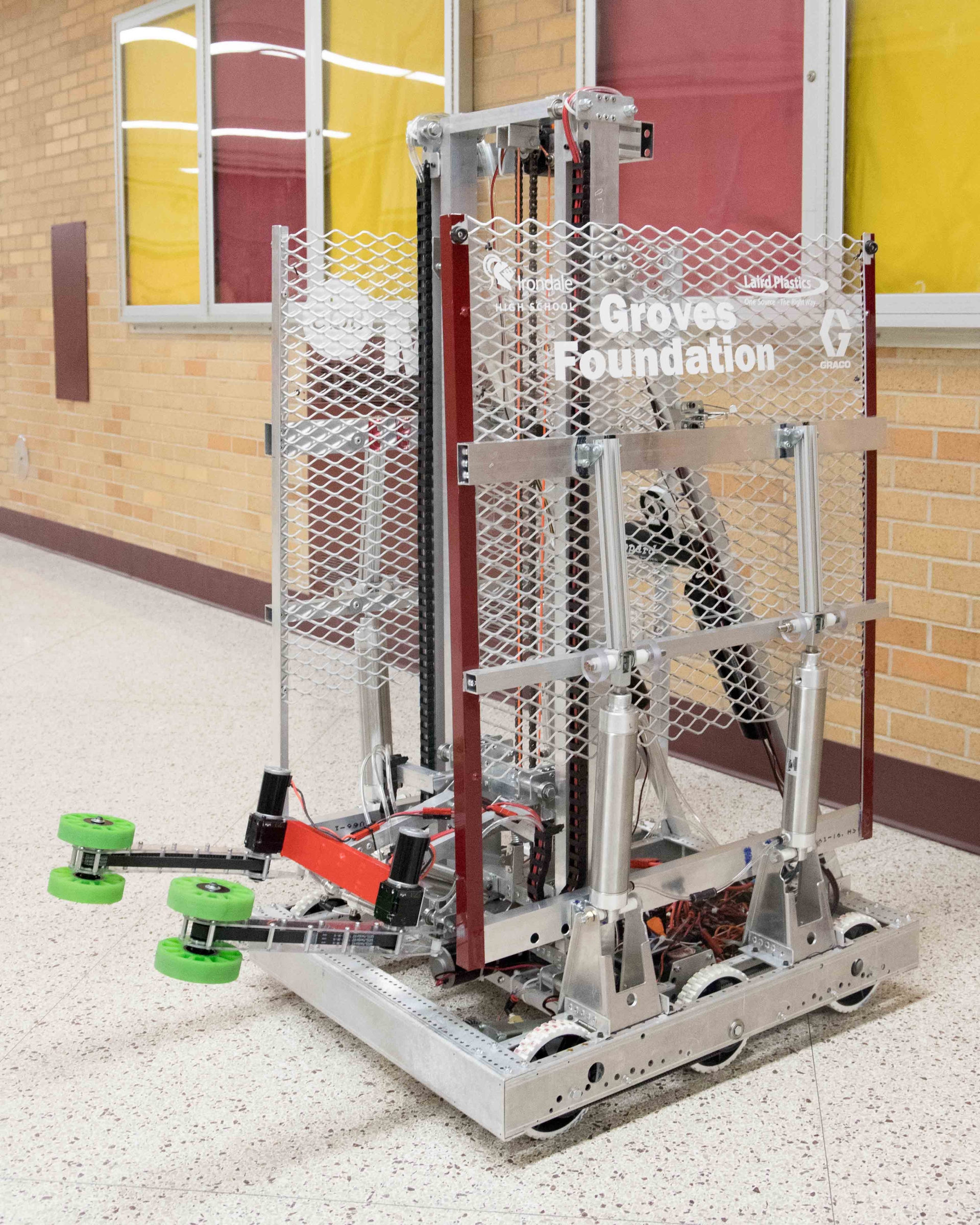 
This game starts off with a 15 second autonomous period where robots are controlled autonomously. In the remaining 2:15, drivers take control of the robots. Robots control 13x13 inch Power Cubes that are scored in either the Scale (a large teeter totter), one of two Switches (small teeter totters), or the Exchange (a hole located between driver stations). Power Ups can be used during the game when one or more Power Cubes are scored in the Exchange, giving the alliance advantages. The Power Ups are Force, which gains control of the Scale/Switch, Boost, which doubles points gained from the Scale/Switch, and Levitate, which gives the alliance a free climb for Endgame. In Endgame, robots earn points by climbing on a 13 inch bar attached to the Scale.