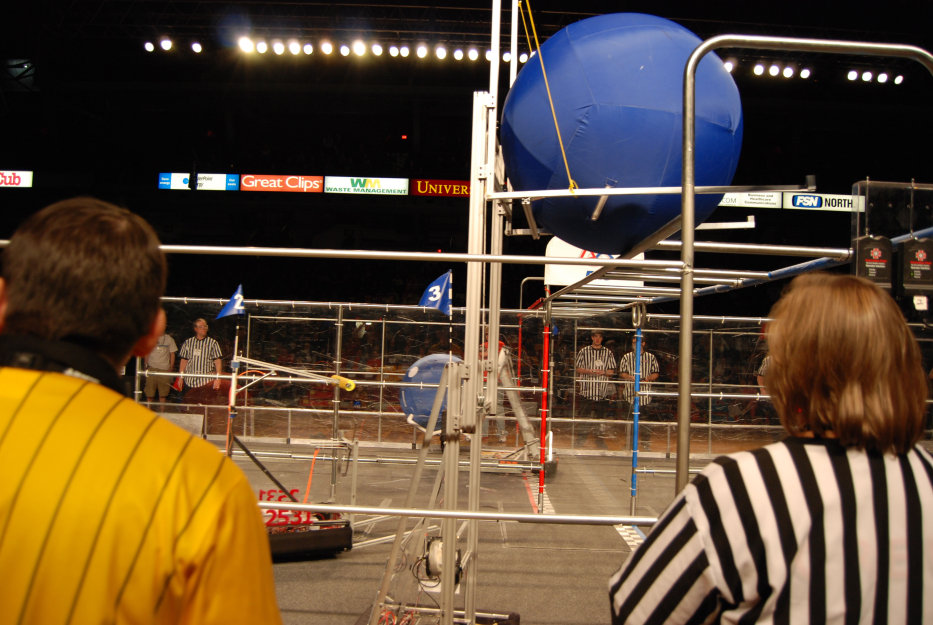 
This game starts off with a 15 second autonomous period where robots are controlled autonomously. Robots can score points in this period by passing their alliance’s Finish Line and knocking down Trackballs from the Overpass. Throughout the game, Robots may control their team’s Trackballs, which are 40 inch large plastic balls. Only two of each alliance’s Trackballs are played with in the game. Points are scored by passing either a robot and/or a Trackball past their team’s Finish Line, and additional points are scored if Trackballs go over the Overpass. In Endgame, Trackballs can be placed on top of the Overpass to score points. 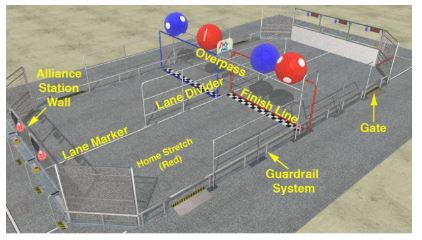