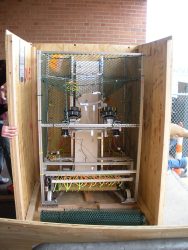 
This game starts off with a 15 second autonomous period where robots are controlled autonomously. Robots control Moon Rocks or Fuel Cells, both being nine inch round objects and only differing by color. Robots score these in the opposing alliance’s Trailers, which are pulled by every robot. If Empty Cells are carried to their team’s fueling station, they can be exchanged for Super Cells. Only in Endgame can Super Cells be scored, and they are worth almost eight times the points of a Moon Rock if scored in an opponent’s Trailer 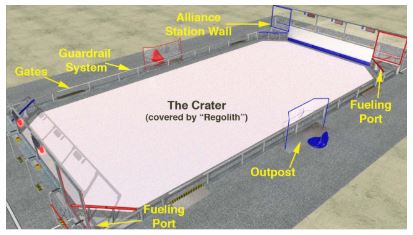